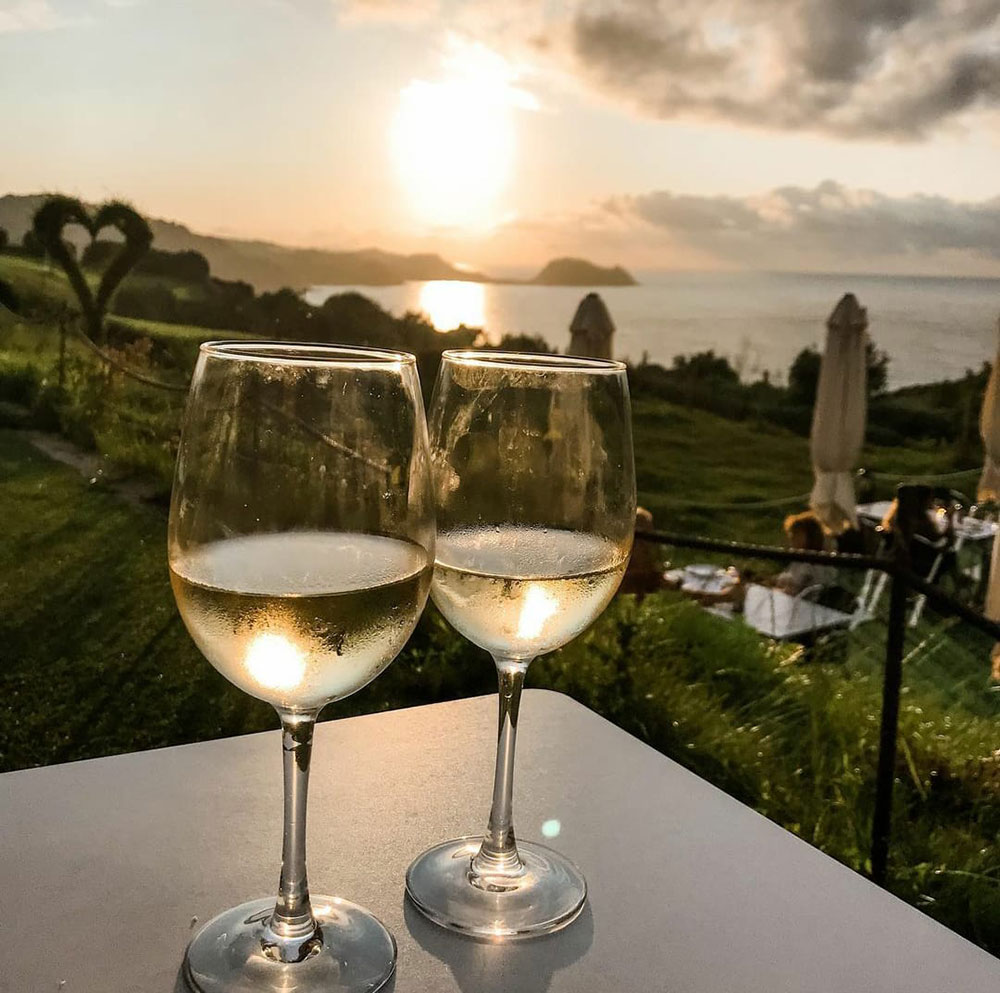 Txakoli wine, pronounced (chah-kuh-lee), is fast becoming one of the Basque Country’s greatest ambassadors for the region’s excellence in food and drink.

Not so long ago, the local wine was considered acidic, boring and even tasteless.

But the wine has seen a growth in popularity thanks to its presence in some of the very best Michelin star restaurants in San Sebastian and the Basque Country.

In this article, we’ll dive through the things that make this wine so special and how you can go about trying some for yourself!

Things to know about Txakoli wine

Starting off with its origin, we’ll run through the top must-know facts about this traditional Basque drink.

1. Its a traditional wine from the Basque Country

Txakoli wine is a traditional wine from the Basque country. More specifically, it origins from the Gipuzkoa region of the Basque Country, the province of San Sebastian.

In 1989, Getaria was recognised as a Designation of Origin with the name Getariako Txakolina.

However, in 2007 this geographical area was extended to include the whole of Gipuzkoa and its 400+ hectares of vineyards that are dedicated to producing the special wine.

2. It’s made from the small Hondarrabi Zuri grapes

Txakoli wine is made from variants of the small Hondarrabi Zuri grape which is typically found on the hillsides of Gipuzkoa.

The unique locations of vineyards at high altitude, close to the sea is what gives the wine its distinctive flavour. In the marginal high altitude, high humidity climate, the grape struggles for ripeness which gives it a naturally acidic and crisp tone.

3. The wine is growing in popularity over recent years

As previously mentioned, Txakoli wasn’t always popular. Dating back, it was made at home and mainly used for bartering at local markets.

However, the wine makes an excellent pairing with seafood thanks to its refreshing, salty, minerally tones. As a result, it’s served in many of the top seafood restaurants in the Basque Country occupied by some of the world’s leading chefs.

And as the region has gained fame for producing some of the best food in the world, the popularity in Txakoli has also taken off.

Whilst there are many wines in the world that are made from unique grapes, from small specific destinations, not all of them gain popularity like Txakoli has.

One of the main reasons why Txakoli is memorable for many people is down to the way it’s served.

Firstly, instead of being served in a stem glass (like 99% of the wines in the world), it’s recommended that Txakoli is served in a tall, flat-bottomed glass.

But it’s not just the glass. Much like the traditional Basque cider, it’s recommended to pour the wine from 8-10 inches above the glass. This is said to agitate the wine, releasing its flavours.

The result is a bit of a spectacle, with wine splashing in the glass and over the table. For first-timers, it can be particularly entertaining.

How to visit a Txakoli winery

If you’re interested in discovering more about Txakoli wine, you can visit one of the wineries in Gipuzkoa.

There are several organised winery tours in English which usually involve a pick up from San Sebastain. They start with a quick visit to Getaria and Zarautz followed by a Txakoli winery visit where you can try the txakoli and taste some of the local food.

There are also 16 wineries in Gipuzkoa that open their doors to visitors.

Most of them offer guided tour packages with Txakoli tasting that start around €20 per person. The full list is below.

If you don’t have your own transport you can easily reach the wineries that are closer to the centre of Zarautz and Getaria by public transport on the train (from Amara station) or bus. You can check out the location of each one below.

Map of the visitable Txakoli wineries in Gipuzkoa