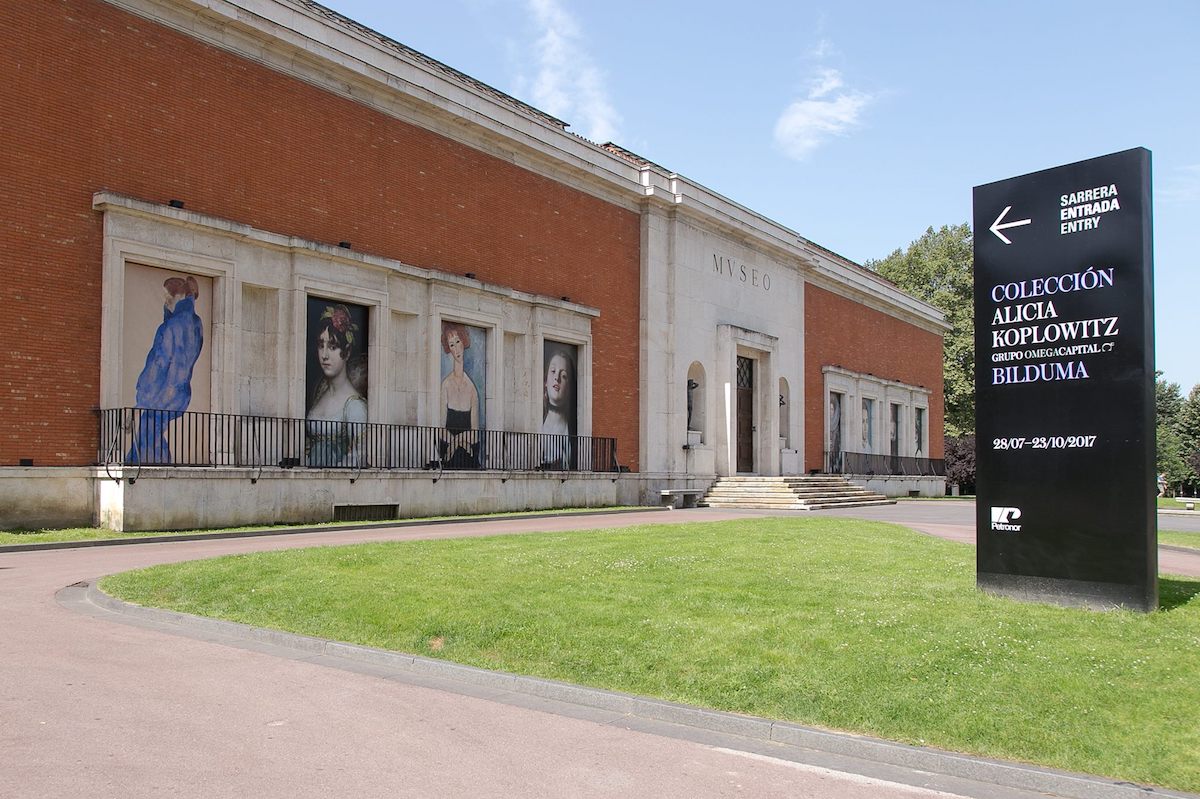 Bilbao is a city with a vibrant past. As well as being one of the most populous areas in Northern Spain, the city has always had a thriving port with goods coming in and out of the Bizkaia capital.

With plenty of activity and a unique Basque culture, the city has an interesting story which is told by the many museums.

Whether you’re a history buff, an art admirer or crazy about sport, Bilbao has something for everyone in terms of their museum offering.

The best museums we think are worth a visit in Bilbao

Starting with arguably one of Bilbao’s main attractions, we’ve compiled a list of our favourite museums in Bilbao that are worth visiting on a trip to the Bizkaia capital.

We’ve included opening times, but be sure to check out the official museum website before making a trip.

Visited by over a million people each year, it almost single handedly put Bilbao on the map.

The museum is located in an industrial area which was once a dark and fairly abandoned space. The introduction of the Guggenheim rejuvenated the area and today it’s actually one of the most pleasant corners of the city.

That in large part is down to the building itself! Whilst there’s plenty of modern art on show inside, the star attraction of the Guggenheim is arguably the fascinating avant-garde architecture and structure of the building.

Impossible to miss, it’s a large boat-shaped structure made from titanium, limestone, and glass that has become the most recognisable icon of Bilbao.

2. Museum of Fine Arts of Bilbao

Moving from one art museum to another, the next museum on our list is the Museo de Bellas Artes (Museum of Fine Arts).

It may not have the worldwide fame of the Guggenheim, but it does have over 100 years of history, having been founded in 1908.

Over that time, it developed to become one of the richest Spanish museums outside of Madrid. It has gathered a large collection of paintings and sculptures spanning from as early as the 12th century up to more modern days.

The museum is open everyday, apart from Tuesdays with guided visits available on Sundays.

Opening in 1927, the Museum of Artistic Reproductions has had many homes in Bilbao over the years before settling into the current space in the Neo-Gothic Church of the Heart of Mary.

Its heritage makes this one of the oldest museums in Bizkaia.

In the permanent exhibition, you can discover reproductions of masterpieces of classical art from some of Europe’s most prestigious museums, such as the British Museum and Louvre in Paris.

It’s a real chance to get up and close to some of the most historic pieces of art to understand a little more without having to battle the crowds.

If you’re lucky, you may also be in Bilbao when there’s one of the limited space free guided tours of the museum. You can find out more information here.

Now, football may not be to everyone’s taste, but I’m going to try and convince all you non football loving people as to why you should visit this museum.

First off, whether you enter to visit the museum or not, the San Mamés Stadium is a must-visit for anyone in Bilbao! It’s an impressive structure (from both inside and out) which was named the best sports building in the world of new construction in 2015.

Secondly, the club pride themselves on their worldwide reputation for their unique philosophy on football. In a footballing world which moves with money, Athletic Bilbao are a rare example of a club that has stayed true to its roots by only contracting Basque players.

The Athletic Club museum (located on the corner linking the South and East stands) aims to tell that story, guiding you through the fascinating history of the club through the teams trophies, kits and old visual material.

Located in the old Eukalduna shipyards, the Bilbao Maritime Museum operates out of what was once the Basque Shipbuilding Company.

When trading, the company was involved in building large vessels but was forced to close in 1985 after restructuring of the shipbuilding sector.

Today, the popular museum brings this space back to life to tell the history of the maritime heritage that played a huge part (and still does) in not only the city of Bilbao, but the wider Basque Country.

Outside in the old dykes, you can get an up close view of some of the old vessels produced here, including La Gabarra – a famous vessel on which Athletic Club celebrate their football titles with fans.

Inside, alongside some scale models of other boats that were made here, the museum celebrates the lives and accomplishments of some of  the men and women who made maritime history from the Bilbao Estuary and surrounding areas.

Located in the Casco Viejo (the Old Quarter) of Bilbao since 2008, the Arkeologi Museoa (Archaeological Museum) aims to raise awareness of Bizkaia history.

The permanent exhibition begins right from the start of human history in the region, dating back more than 100,000 years ago, up to the present day.

The mission of the museum is to connect the past with today’s society. It does this by featuring conserved and restored remains left by habitants of the region from prehistoric up to more recent times.

The exhibition can be visited from Tuesday – Sunday (closed on Mondays).