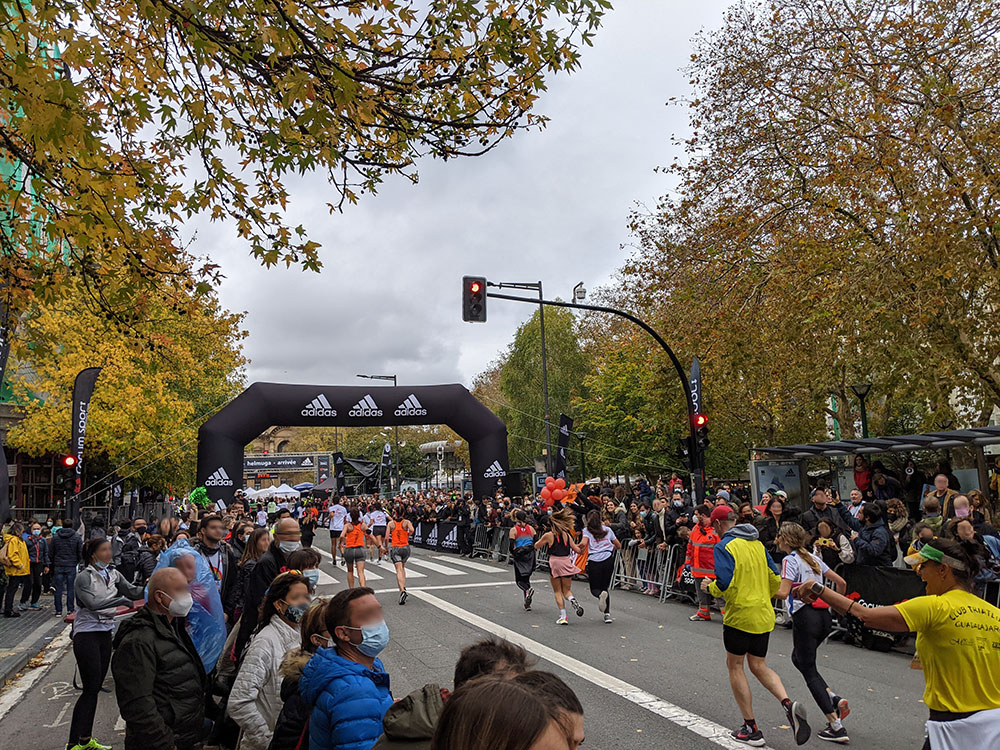 San Sebastian is an ideal city for running. It’s one of the favourite pastimes for thousands of locals, and many tourists who come to the city catch the bug and end up putting their running trainers on at some point.

Whilst the city isn’t exactly flat, there are flat spots and many of them are pedestrianised, protected from road traffic.

This makes it super safe to run in the city with the only real obstacles being other people taking a stroll. The city is also well connected by bidegorri (bicycle lanes) which are also used by runners.

Whilst running around the city there are some pretty spectacular backdrops. One of my favourite places for an early evening run is the Paseo de la Concha. Starting from El Piene del Viento and finishing up at the Town Hall, if you’re lucky you’ll be treated to a stunning sunset behind Santa Clara Island.

With plenty of people motivated to run in the city, there are naturally a number of races that take place in Donostia each year.

The Behobia-San Sebastian run is the most popular race in Donostia. It’s just short of a half marathon race (20km) that has a history going back over half a century.

The race has grown to a point where over 25,000 runners participate each year, many of them from outside of Guipuzcoa making it one of the biggest tourist attractions each year too.

There’s a clue in the name, but the race doesn’t actually start in San Sebastian.

The race starts in Behobia, a district in Irun, right on the border with France. Runners then take on a 20km journey to the finish line in San Sebastian

Map of the Behobia-San Sebastian Route

There are two main peaks in the race, the first at Gaintxurizketa (7km) and the second at Miracruz (16km). But whatever must go up, must come down, right? So there’s plenty of time for your legs to recover on the way.

One of the things that makes the race special is the support.

Throughout the route, thousands of spectators line the streets, cheering on participants. There are also a number of entertainment points on the way, with DJs and live bands playing music to motivate you on the way.

All of this contributes to Behobia-San Sebastian being one of the most exhilarating and popular races in Europe.

And it doesn’t stop once you pass the finish line. There’s usually a party atmosphere in San Sebastian after the race with thousands of locals out on the streets.

In true Donostia fashion, this is followed by a few drinks and, of course, some food or pintxos in one of the bars or restaurants in the city.

When does the race take place?

The race takes place in November each year. In 2022 the race will take place on the 13th  November.

There are seven main categories for running depending on your expected finish time. These range from sub 1 hour 12 minutes, up to over 1 hour 55 minutes.